How do you put a price on a child’s life?

Should allergic children’s lives be at the mercy of a political party? Surely our children’s lives are of the highest priority- especially considering what some state governments spend (waste) money on.

As school funding for anaphylaxis training and provision of adrenaline medication runs out, what’s the next step? If state governments decide to stop the funding in schools, where does that leave the safety of our severely allergic children? At the rate that severe allergies are increasing, how safe will our allergic children be at school?

Considering that “Allergies have emerged as a major public health problem in developed countries during the twentieth century.”   as quoted on the website of leading allergist Dr Ray Mullins ( AllergyCapital.com.au )

In the very likely event that another tragedy occurs, I wonder what politicians will say to grieving parents “Sorry, parents of deceased children, we couldn’t afford to fund training anymore”

I am responding to the recent article appearing in the WAtoday.com.au which follows:

“Children with severe allergic reactions are "at risk" or may "potentially die" following the state government's decision to stop funding treatments in WA schools, according to opposition leader Mark McGowan.
"I don't want to see kids dying in our schools", Mr McGowan said on Sunday in an announcement that money to treat severe allergic reactions in schools had dried up and will not be replaced under a Liberal-National Government.
Children who suffer from severe allergic reactions can experience restriction in breathing which, if left untreated, can cause death he said.
Mr McGowan referred to his experience as a father of three children, saying that "you can't put a price" on protecting kids by "ensuring schools are equipped with potentially lifesaving equipment." 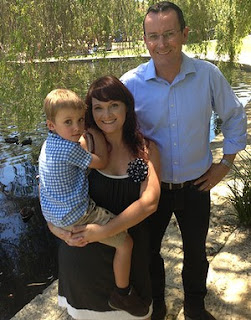 Schools had been provided with $6.6 million in 2007 from the former Labor Government, with the money going toward EpiPen injection devices and training staff to administer treatment of anaphylactic shock.
"The funding for this important program has now run out and the Liberal-National Government has abandoned the program, placing vulnerable children with life threatening allergies at risk," Mr McGowan said.
Without direction from the state government, Mr McGowan said schools "can do what they want" with the allocation of their individual budget and expressed concern that proper face-to-face training, and supplying injection devices at $120 each, would not be a top priority for every school.
"What I want to make sure is in place is every school, every public school has an EpiPen in place and every school has appropriately trained staff."
Should Labor win the election, $750,000 is promised by Mr McGowan to fund the training and medication necessary to treat anaphylactic shock in schools.
He said the money will protect children who suffer severe allergic reactions during school hours.
"WA Labor will allocate $500,000 over three years to replace EpiPens – the adrenaline autoinjectors – in schools each year.
"We will also provide $250,000 over three years of additional funding to provide face-to-face training for school staff on how to administer the EpiPen to a child suffering an extreme allergic reaction."
Following Mr McGowan's concern that school children will be put at risk, Education Minister Peter Collier released a statement that contradicted his claims.
Mr Collier said the state government had allocated an appropriate amount of funding to ensure that schools are not lacking in medical equipment or training.
"Funding has been provided to increase the number of EpiPens in schools as part of a broader program to manage anaphylaxis in schools."
"Once this funding program ends, EpiPens, including replacements when they are needed, will continue to be in schools and the government will ensure they are funded. Teachers and education assistants will also continue to be trained," Mr Collier said.
WA vice president of Allergy and Anaphylaxis Australia Sandra Vale said the organisation had been notified of a funding withdrawal late last year.
In an example of how crucial it is for schools to be prepared to treat anaphylactic shock, Ms Vale said over an 18 month period, 20 EpiPens had been used during school hours and "potentially 20 lives saved".
Ms Vale said that while the state had once been "leading the way" in preventing anaphylactic shock-related death in schools, it was now not the case.
"Western Australia is taking a step backwards," she said.”

So I ask you the question “ How do you put a price on a child’s life?”